All these FARs, what’s a drone pilot to do in order to understand them? Do they matter?

In virtually every aviation pursuit except for sUAS, an understanding of regulations is requisite and part of most testing mechanisms.  As a result, many sUAS pilots holding

a Remote Pilot Certificate under Part §107 are woefully uninformed, to the detriment of the industry.

Therefore, sUAS pilots would be well-served to inform themselves of how each section of relevant FARs regulate components of aviation.

Let’s start by digging into the intent of each Part.

This portion of the FARs is barely recognized, although certain sections of Part 91 may come into play in the event of an action by the FAA against an sUAS pilot. For example, the most concerning portion of Part 91 is  91.13, or “Careless or Reckless Operation.” Nearly every action taken against sUAS pilots have included a charge of 91.13 in the past (prior to 107).

Specific to drone actions, The vast majority of individuals charged have also included the specific of a 91.13 charge. 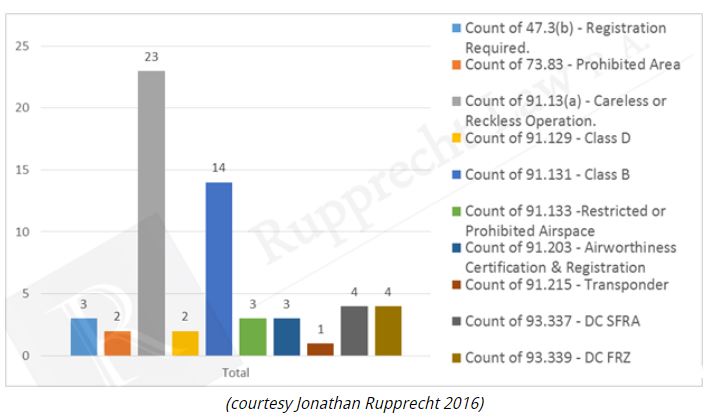 sUAS pilots whether recreational or commercial pilots may be charged with a §91.13 or the more relevant §107.23 (reckless)

It’s pretty simple; if there are consequences to a pilot’s choices and actions, it’s likely those consequences also included a disregard for safety or planning, ergo; careless/reckless. The FAA has recently initiated actions against Masih Mozayan for flying his aircraft near a helicopter and taking no avoidance action. They’ve also taken action against Vyacheslav Tantashov for his actions that resulted in damage to a military helicopter (without seeing the actual action, it’s a reasonable assumption that the action will be a §91.13 or a §107.23 (hazardous operation). 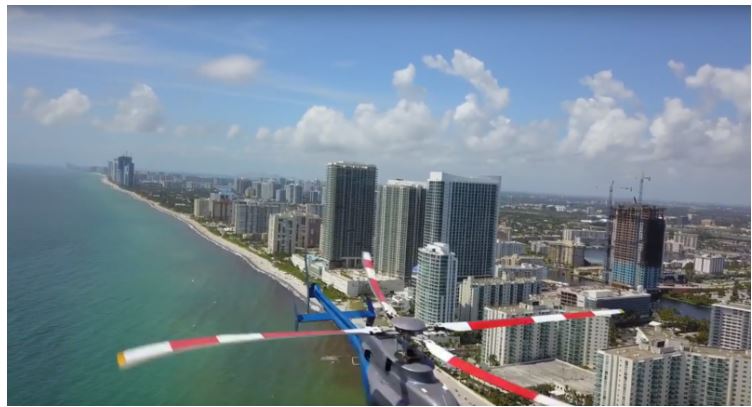 Other parts of Part 91 are relevant as well. For example;

(a) Except as provided in paragraphs (b), (c), (e), and (f) of this section and §§91.701 and 91.703, this part prescribes rules governing the operation of aircraft within the United States, including the waters within 3 nautical miles of the U.S. coast.

The above paragraph includes sUAS.  Additionally, Part 107 does not exclude Part 91. Airmen (including sUAS pilots) should be aware of the freedoms and restrictions granted in Part 91.

§91.3   Responsibility and authority of the pilot in command.

(a) The pilot in command of an aircraft is directly responsible for, and is the final authority as to, the operation of that aircraft.

(b) In an in-flight emergency requiring immediate action, the pilot in command may deviate from any rule of this part to the extent required to meet that emergency.

(c) Each pilot in command who deviates from a rule under paragraph (b) of this section shall, upon the request of the Administrator, send a written report of that deviation to the Administrator.

(a) No person may operate a civil aircraft unless it is in an airworthy condition.

(1) Within 8 hours after the consumption of any alcoholic beverage;

(2) While under the influence of alcohol;

(3) While using any drug that affects the person’s faculties in any way contrary to safety; or

SubPart B also carries relevant information/regulation with regard to operation in controlled airspace, operations in areas under TFR ((§91.133), operations in disaster/hazard areas, flights during national events, lighting (§91.209)

Part §101 has a few applicable sections. 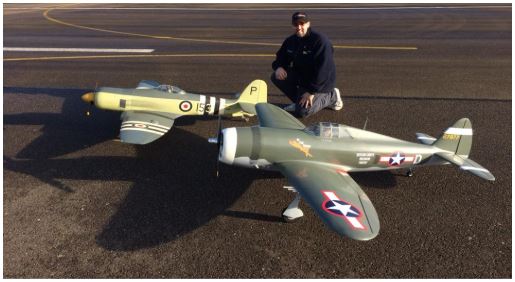 Subpart (a) under §101.1 restricts model aircraft and tethered aircraft (balloons). Although subpart (a.4. iiv) is applicable to balloon tethers, there is argument that it also applies to sUAS. Subpart (a.5.iii) defines recreational flight for sUAS/model aircraft.

Finally, §101.7 re-emphasizes §91.15 with regard to dropping objects (may not be performed without taking precautions to prevent injury or damage to persons or property).  Public Law 112-95 Section 336 (which may be folded into a “107 lite” version), clarifies sections not added to Part 101.

Bear in mind that unless the pilot follows the rules and guidelines of a NCBO such as the AMA, AND the requirements of that NCBO are met, the flight requirements default to Part 107 requirements.

Although no component of Part §103 specifically regulates UAV, it’s a good read as Part 103 contains components of regulation found in Part 107. 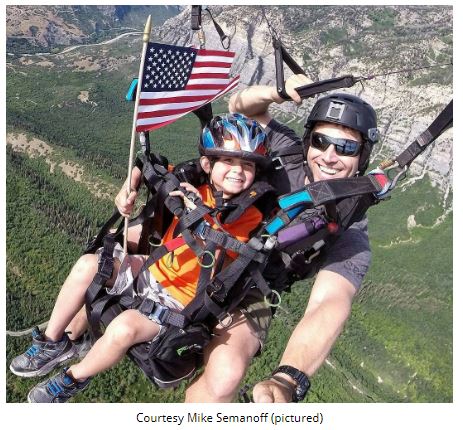 Part §105 carries no specific regulation to sUAS, an understanding of Part 105 provides great insight to components of Part 107. Part 107 has very few “new” components; most of its components are clipped out of other FAR sections. 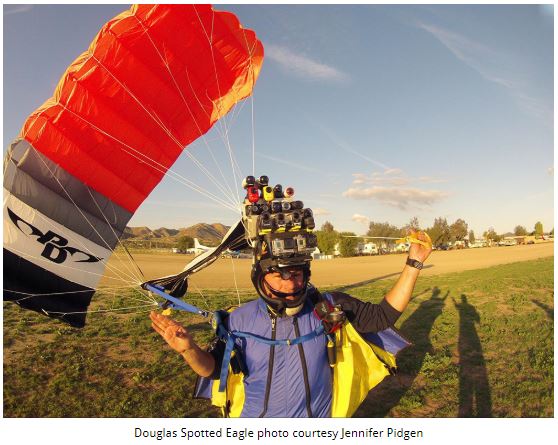 Although many sUAS pilots “have their 107,” very few have actually absorbed the FAR beyond a rapid read-through. Without a thorough understanding of the FAR, it’s difficult to comprehend the foundation of many rules.

Those looking into crop spraying via sUAS should be familiar with Part 137, particularly with the limitations on who can fly, where they can fly, and how crops may be sprayed.
One area every ag drone pilot should look at is §137.35 §137.55 regarding limitations and business licenses.

The bottom line is that the more informed a pilot is, the better pilot they can be.  While there are many online experts purporting deep knowledge of aviation regulations and how they specifically apply to sUAS, very few are familiar with the regulations in specific, and even less informed as to how those regulations are interpreted and enforced by ASI’s. We’ve even had Part 61 pilots insist that the FSDO is a “who” and not a “what/where.” Even fewer are aware of an ASI and how they relate to the world of sUAS.

It is reasonably safe to say that most sUAS pilots are entirely unaware of the Flight Standards Information Management System, aka “FSIMS.” I’ve yet to run across a 107 pilot familiar with the FSIMS, and recently was vehemently informed that “there is nothing beyond FAR Part 107 relative to sUAS. Au contraire…

Familiarity with the FSIMS may enlighten sUAS operator/pilots in how the FAA examines, investigates, and enforces relevant FARs.

Chapter 3 Section 1 is informational for those looking to apply for their RPC Part 107 Certificate.

Chapter 4 Sections 2, 5, 7, 8 are of particular value for commercial pilots operating under Part 107.

Volume 17, although related only to manned aviation, also has components related to 107, and should be read through (Chapters 3 & 4) by 107 pilots who want to be informed. 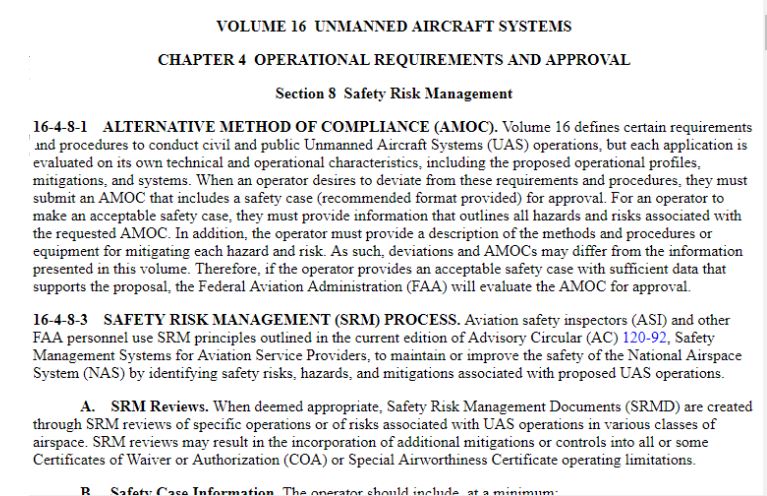 Gaining new information is always beneficial, and even better if the new information is implemented in your workflow and program. Become informed, be the best pilot you can be, and encourage others to recognize the value in being a true professional, informed and aware.

About the Author: Douglas Spotted Eagle

I've been a successful product developer, musician, film/video professional, instructional designer, skydiver, and aviator. Picked up a few pieces of gold, brass, titanium, and tin along the way. This blog is where I spill my guts about how I'm feeling at any given moment, and maybe a blurb or two about what's happening in product, video, skydiving, and aviation worlds.