THE SNAKE OIL OF THE CUAS INDUSTRY

First and foremost, there are exceptionally capable counter-UAS solutions available from developers and manufacturers with great integrity. This article is not about them. 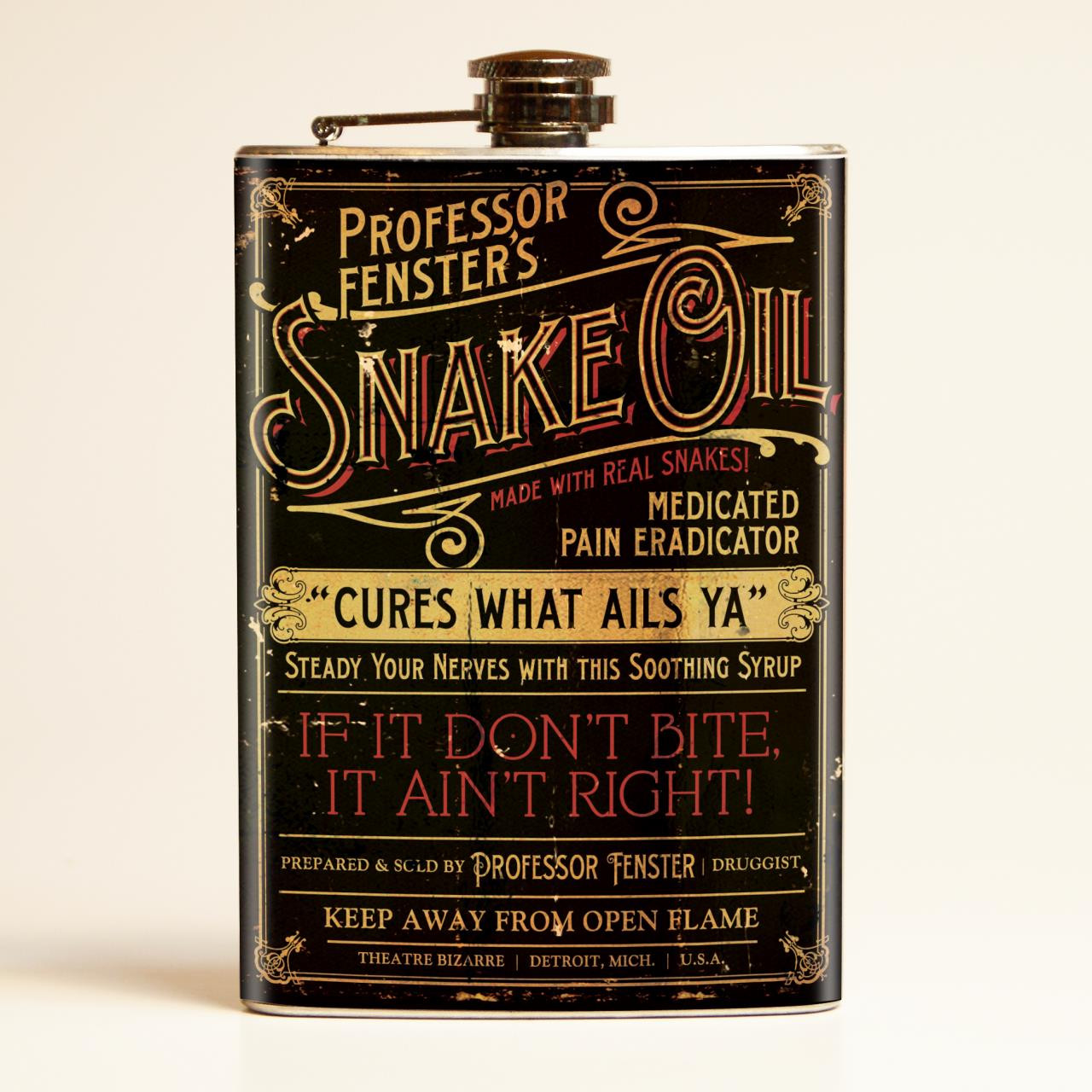 This is about the “jump on the bandwagon to capture bucks by generating uninformed fear” businesses that are cropping up like weeds in a concrete parking lot. Otherwise known in the security industry as “FUD” (Fear, Uncertainty, Doubt).

We recently attended a C-UAS conference, where five manufacturers were invited to a panel, discussing UAS, Counter-UAS, and how they themselves are allegedly already countering UAS within the United States.

Not one of the panel members was aware of the ramifications of Part 107 flight, none were Part 61 nor Part 107 certificated pilots, and none have had any experience in flying UAS. Granted, flying UAS is not a requisite to counter UAS, any more than holding a drivers license should be a prequalification to manufacturing safety equipment for an automobile. But it’s probably a good idea to have at least minimal awareness?

Rather than pontificate the essence of the panel, it is likely more valuable to comment on statements made by the panel members and bring to light some misunderstandings within the C-UAS community.

“We are already countering UAS all over the country, dropping drones like flies when they’re in unauthorized areas.”

This is false. Mitigation of an aircraft that would “drop a drone like a fly” is an authority relegated to federal agencies, such as DHS, FBI, etc. It is a violation of FCC law to interrupt an aircraft via RF, and illegal per the FAA to interdict an aircraft mid-flight (UAS or otherwise). In some situations, public safety officers have limited scope on stopping nefarious aircraft. Were UAS “dropping like flies,” the industry would certainly be aware and informed.

“Hospitals are begging the FAA for laws pertaining to UAS peeking into hospital room windows, especially with thermal cameras,  because this causes a violation of HIPPA laws/regulation.”

Thermal cameras are incapable of viewing through a window. Further, it is highly unlikely an RGB camera would offer any grade of detail assuming it could peer through a window. There is near-zero chance of being able to read a patient record through a window due to diffraction, resolution, etc.

“We’ve already experienced a Raspberry Pi-equipped drone landing on a major corporation’s roof and being used as an access point to hack into their network, unseen. This has happened many times.”

(I asked when, and a general idea of where and what industry this had occurred, and was told “I can’t tell you that, it’s secret information.” )

“The FAA is coming out with incredibly strict laws about where drones can fly, how high they can fly, what time of day they can fly, and who can fly them. These laws are scheduled to be show to the public in November of 2019.”

Not quite. The NPRM has already been released, and while new regulations are inevitable, there always has been, and always will be, a period for public commentary. There are no new regulations being ‘revealed’ to the public in November of 2019.

“It is currently perfectly legal to shoot down a drone using a net system in the United States.”

Until 18 U.S.C. § 32 is further amended, it is currently not legal to shoot down an sUAS in the United States of America. There are indeed federal agencies with the authority to do so. The context in which this statement was presented was relevant to a lay-person protecting their private property from sUAS overflight.

“The property above your home or business belongs to you for up to 100’ above the highest object on your property. In other words, if you have a 50’ roof line, the lowest a drone could fly over your home is at 150’.” 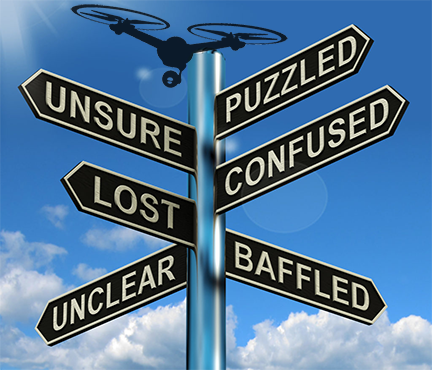 Not quite. The sUAS aircraft may transit any property at any necessary altitude. Were the aircraft to stop and loiter over private property, state law likely comes into effect, no different than if an individual were to put a ladder against a fence, and take photos of someone’s back yard. There is no federal mandate of altitude, and states for reasons of preemption, may not create/enforce laws relevant to altitude.  Read more about that in one of our earlier blog posts here.

There were many other statements of absolute authority made by members of the panel, but the above are illustrative of the ignorance of some C-UAS developers. After listening to their commentary and panel discussion with the very able moderator, I had a few questions of my own.

“How is your business planning to respond to Carpenter vs United States?”

“We do not have to worry about Carpenter vs United States, as that is very old case law.”

Actually, this opinion was rendered 5-4 in June of 2018, with Justice Roberts penning the opinion. In other words, yes, the C-UAS developers and those that would use C-UAS technology are going to need a cogent answer to this question.  As a brief summary, Carpenter reiterates the rights of a citizen to expect privacy in their home, electronic devices, etc. To interrogate a s-UAS mid-flight is arguably a violation of that right to privacy and a warrant is required. Warrants aren’t rapid to access in the majority of situations, potentially leaving law enforcement and C-UAS developers in a challenging situation.

“You say you are able to track a rogue drone anywhere in flight. How do you determine that the operation is a rogue operation?”

“Any drone operating within 5 miles of an airport or over city property is rogue and therefore we will be authorized to interdict and bring the drone to the ground within any means available.”

Interesting thought process, but entirely false. For example, one night my company was operating multiple aircraft on a security mission, in Class Bravo, with a night waiver. The local “drone experts with the State of Nevada” were quick to rush to the television station to denounce the flights as ‘illegal and unsafe,’ although we had ATO authority. Had the local state drone expert had a C-UAS solution available, he likely would have interdicted, putting people’s safety at risk and violating federal regulations. In other words, coordination is required for C-UAS and authorized operations, via the Unmanned Traffic Management system that the US shall soon see in place.  Along that theme, imagine if the aforementioned “drone expert” from the State of Nevada had access to a mitigation system, used RF or physical interdiction to bring down an authorized aircraft, and the authorized aircraft drops onto the head of a civilian. Exponentially increasing the severity of the situation would be a typical LiPO fire that may occur during the impact with the ground, causing property and physical (to human) damage. Last but not least, the C-UAS operator would likely have found himself to be liable in a lawsuit for denying access to public airspace.

“How does your solution tie into the LAANC system for authorized flights of sUAS in controlled airspace?”

Read more about the Low Altitude Authorization and Notification Capability program on the FAA website here.

At the end of the day, it’s important to understand that while we need Counter Unmanned Aircraft System, it has to be intelligent. It is inappropriate that some of these tools are being developed in a bubble without regard to current regulations, operational standards, and programs currently available to sUAS pilots today.

Counter-UAS developers would do well to take the time to learn what pilots are able to access, what laws regulate sUAS, and how the FAA itself is working to ensure authorizations are available to certificated pilots in controlled airspace. If nothing else, C-UAS developers and manufacturers should be aware that there is great potential to rob authorized pilots of access, and their C-UAS program may well backfire, creating greater liability vs offering relief.

Purchasers of C-UAS technologies are encouraged to do the same, in order to avoid liabilities and challenges to any C-UAS strategy thay may run afoul of FAA or FCC regulation. When it comes to airspace, private property ceases to be private and there certainly is more to the conversation than taking action against an airborne sUAS.

It is our position that Counter-sUAS technology is a critical component in securing our country, events, properties, and public areas. It is equally our position that these protection tools be responsibly described within the industry to users, security directors, industry